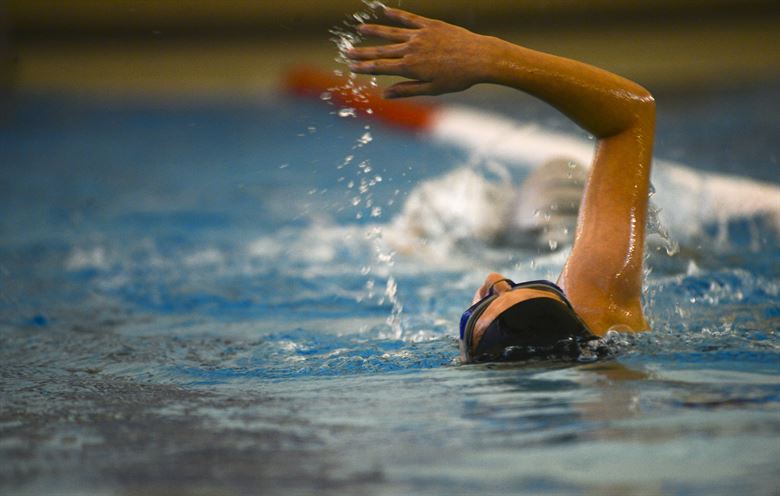 Finding the right swimming lessons for children with additional needs is like looking for a perfect pair of jeans.

It’s very much trial and error and takes time and energy to find the right one.

I have spent a large proportion of the last five years seeking out appropriate activities that my children can enjoy.

Right from the start, I was really keen for Big Bear and Little Bear to learn to swim – at least to be able to save themselves if they ever fell in water. However, it has proved to be a massive headache.

When he was a baby, Big Bear enjoyed being in the water, but when I went back to work we had to change lessons.

We switched provider and began lessons in another pool but Big Bear hated the shouty, bossy teacher and we left after a term.

We went to another swim school, which was quieter, but by then Big Bear had developed a fear of water and also glue ear which meant he was prone to infections.

We spiralled into a deepening despair as Big Bear started refusing to get into the pool.

When Little Bear was born we switched venues and chose a small hydro pool with a great teacher. But while Little Bear loved his lessons, Big Bear just wasn’t happy.

We persevered because we wanted to break the fear barrier and the teacher was very supportive but in the end we had to concede defeat. We later realised that the pool’s echoey acoustics were the main source of the problem.

Another round of research for swimming lessons for children with additional needs led to us trying out one of the council’s ‘disability hubs’ when Big Bear was four.

But this meant him getting in the water by himself as the teachers taught from the side of the pool. And even if he would get in the water, it meant he’d have to concentrate and follow instructions from someone who wasn’t right next to him.

The teacher said that I would have to get in the pool with him if he didn’t settle, but this didn’t seem right. Surely a disability hub’s swimming lessons for children with additional needs should be better than this? The waiting list was also months long.

So we tried one-to-one private swimming lessons for Big Bear and Little Bear went into a mainstream class. Johnny turned out to be a brilliant teacher for Big Bear. In just a few weeks, he was attempting to swim on his own with arm bands and a woggle. We were elated. But four months later, Johnny started being unreliable and the swimming school eventually sackeed him. They didn’t seem too bothered about helping us find another teacher so we left.

In the meantime, Little Bear, who up until now had enjoyed his lessons in the hydro pool, decided he didn’t like his new lessons and also started refusing to get in.

We were back at square one and when J and I had almost given up we found Jean.

She was mentioned in passing by the family support worker at Little Bear’s specialist nursery.

I rang the number straight away and spoke to a woman who totally ‘got’ what it meant to teach children with complex needs.

“Swimming lessons for children with additional needs need to be consistent,” Jean said. “I work through the holidays so they don’t have a big break and my staff and I are in the water with them all the time.”

She also had a space for Big Bear. Hallelujah!

The lessons were taught in a section of the main pool in our local leisure centre. The set-up meant we could take Little Bear swimming ourselves whilst also keeping an eye on how Big Bear was doing.

At the start of his first lesson, Big Bear, no doubt sick of all the changes, screamed at the side of the pool and refused to get in. This didn’t phase Jean.

A few weeks later, he was getting in voluntarily and after three months he was jumping in the pool and using a woggle and armbands to swim on his own. She was a miracle worker.

Then we heard the news that hit us hard. Someone in the council had decided Jeans lessons, which were subsidised by the council and run through a disability organisation, should be brought into line with its own disability hubs. It withdrew her funding and said she’d have to run her lessons their way at different pools.

Jean knew running the lessons the way the council wanted wouldn’t work for the children she taught and reluctantly resigned.

So now we’re back at square one again.

Parents have formed an action group to share their concerns about the decisions made.

I wrote a piece for the local paper about our plight. It gathered support from other parents who had struggled to find swimming lessons for children with additional needs.

The truth is, extra-curricular activity provision for children with complex needs is poor. We’re fighting over services that should already be available to children without discrimination.  It shouldn’t be this hard to find swimming lessons for children with additional needs.

Our children are just as entitled to enjoy access to clubs and hobbies as neurotypical kids. We can’t just sit back and let someone who hasn’t got a clue, make the decisions.

It feels like a pride of lions has been awakened – and they are not happy. I just hope by taking collective action we can somehow make a difference for our children who deserve better.