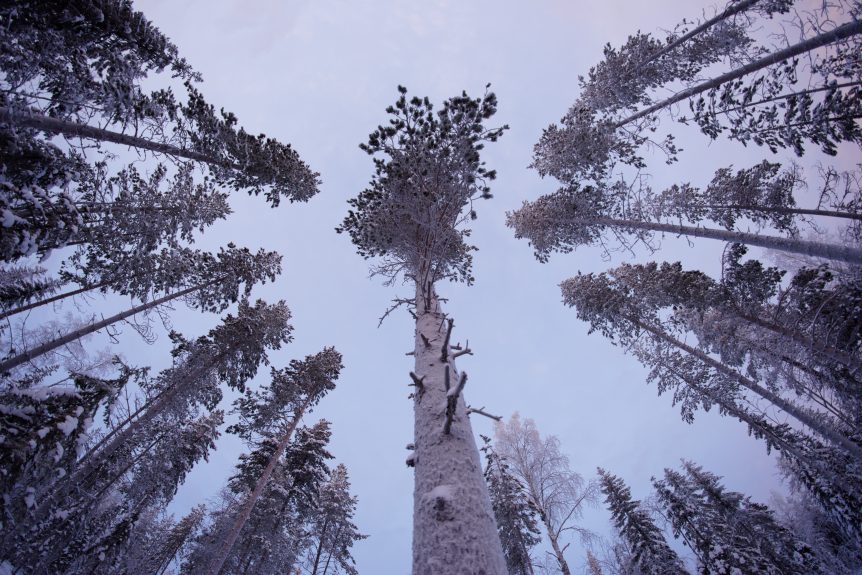 Would you ever go to Lapland with your autistic child? If you’re reading this then I guess you might be thinking about it.

However, you might be wondering whether going there is a good idea. After all, extreme temperatures, possible sensory overload and crowds if you go to the Santa Claus Village in Rovaniemi, could all add up to a potential (and very expensive) disaster.

We took The Bears last year and, although it wasn’t without its challenges, it was an awesome experience – a once-in-a-lifetime trip.

Find out the 5 reasons why I think you should definitely go to Lapland on your next holiday (plus one reason why you shouldn’t, that you might not have thought of).

Where else can you go on a husky ride across a deserted frozen lake, drive a snowmobile through a forest, and meet the real Father Christmas? In Lapland you can channel your inner child and try out loads of different activities that you wouldn’t be able to do anywhere else in the world.

We didn’t go to the main Santa Claus Village in Rovaniemi, Finland. Instead, we went to a remote hotel in Nellim – about four hours further north. Activities are pretty similar wherever you go. Our holiday included a husky safari, a visit to Santa, snowmobiling, a trip to the reindeer farm and a walk to the Russian border zone.

This was one of the main things that appealed to me about our holiday. We live in a city where there are busy roads and I have to constantly remind The Bears to be mindful of other people and traffic. Our neighbours are in close proximity and keeping their noise at a reasonable level is sometimes a battle.

When I chose our Lapland destination, I wanted somewhere they could run around, be silly and not have to worry too much about other people. To say Nellim is a remote wilderness is no exaggeration. It’s 40km to the nearest village and the nearest village doesn’t even have a shop. Of course it was a hotel so there were other people around. However, when we were on our trips, the group numbers were tiny and sometimes we were the only ones there, which was perfect for The Bears to let loose. It made Lapland the ideal holiday for our two noisy children. 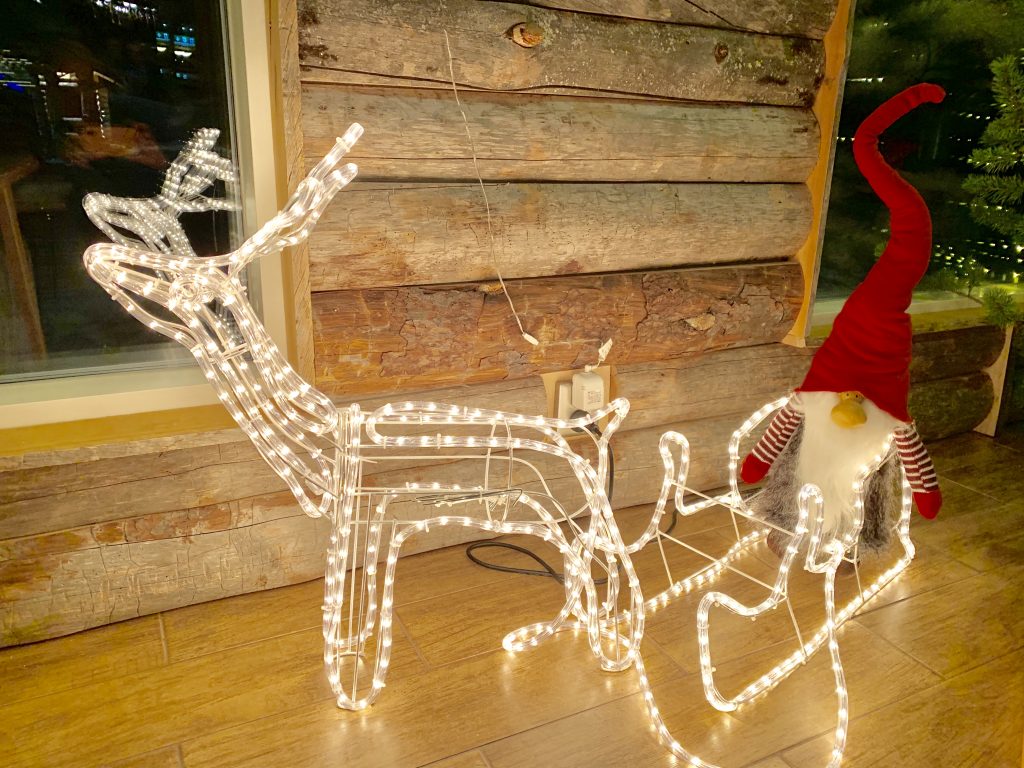 Who doesn’t want to meet the big man himself? Of course this is the reason most families go to Lapland. There are different ways of meeting Santa depending on where you stay. When you go to Lapland with your autistic child, you want it to be a special experience and I didn’t want us to be queuing or feeling rushed.

Our trip started with a knock on our log cabin door by one of Santa’s elves who asked if we wanted to go on a ‘special ride’. Outside there was a sledge pulled by a snowmobile.

Our family sat in the sledge and our driver, Jonny, (not the elf) drove us across the frozen lake and through the forest. We passed log cabins with twinkling lights, until eventually we reached another elf standing by the side of the road. She took us down a candle-lit path, past a sleigh filled with presents, and up the steps to a log cabin. The door opened and Santa welcomed us in. There was a Christmas tree next to his chair with presents underneath and children’s letters from all over the world displayed on the wall.

We all sat next to Santa while he talked to The Bears. They were really shy and declined his invitation to sing Christmas songs with him. Instead, we drank hot blueberry juice, ate ginger biscuits and talked about what The Bears wanted for Christmas. We were able to stay for as long as we wanted before the elf took us back to the sledge. It was everything you would hope for from a visit to Santa.

4. The opportunity to do something different

Often as families with additional needs we end up going to the same places and repeating the same things because it’s familiar and our children feel safe in their routines. However, sometimes it’s good to nudge them out of their comfort zone a little and open their eyes to a different way of life. With the right preparation often they will cope better than we think. Lapland with your autistic child is a good place to try something different because the activities are predominantly geared towards children and most kids love Christmas. Our holiday wasn’t without its challenges (namely Little Bear hating the cold and not wanting to wear gloves) but all-in-all it was a great experience.

5. A chance to see the Northern Lights 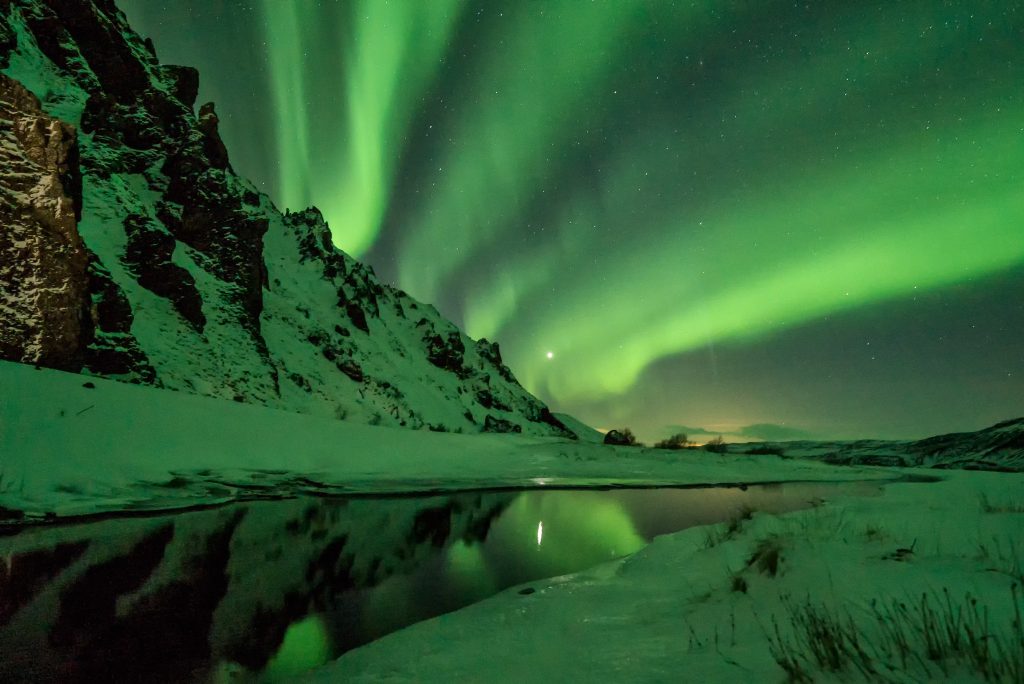 The Northern Lights are one of nature’s most amazing phenomenons and Lapland is a great place to see them. September to March is the best time to catch a glimpse of the colourful sky. Seeing the Northern Lights depends on a number of factors so it’s never guaranteed. Unfortunately we didn’t see them during our visit. However, if you do manage to catch the dancing light show, it’s something that is likely to be a once-in-a-lifetime experience. And a great sensory-boost if the kids catch it too.

Why you shouldn’t go to Lapland

Lapland was a fantastic holiday for us, I have no regrets, and we still look at the photo books we made from our trip. However, there’s one reason why you should maybe think twice about going there (aside from the cost. There’s no getting away from the fact that, however you do it, Lapland is an expensive holiday. Read Passport and Adventure’s blog post on the most affordable way to visit Santa in Lapland)

We visited last year when The Bears were age six and four. I was keen to go when they were confident enough to walk in the snow (Little Bear only started walking at 2.5 years old) but still young enough to appreciate the wonder and magic of everything.

One year later, and despite regularly looking at the holiday pictures and talking about what we did, I don’t think Little Bear actually remembers being there. We possibly went a year or two too early. Had we gone this year or next year I still think the wonder and magic would have been there for Big Bear but Little Bear would have been a bit older and actually remember it without the photo book.