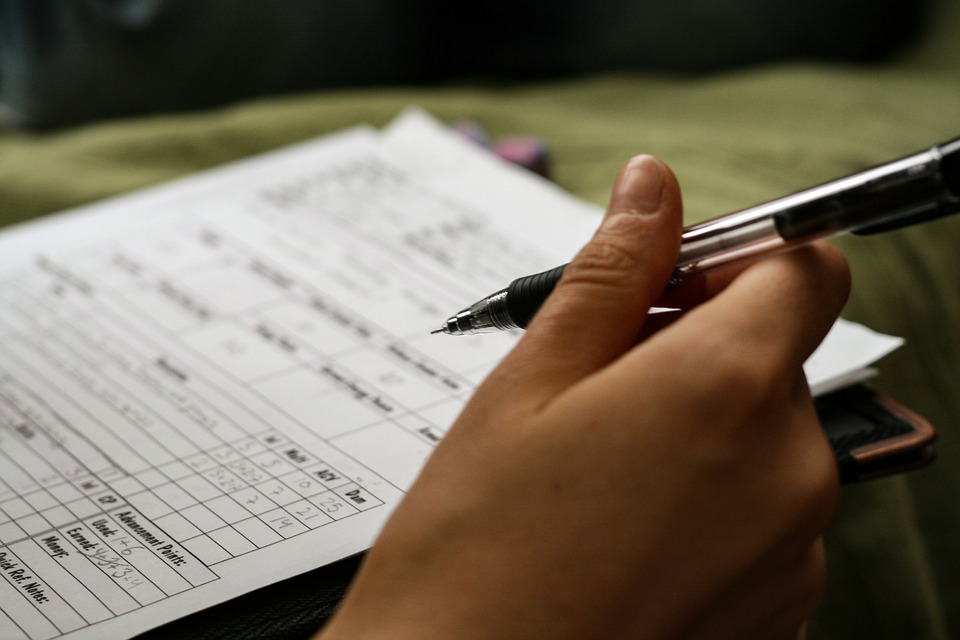 This was a question we asked ourselves a lot in the year before Big Bear went to school. Do we need an Education, Health and Care Plan (EHCP)?

EHCPs are for children and young people aged up to 25 who need more support than is available through special educational needs support.

Written by your local council, they identify educational, health and social needs, setting out the additional support to meet those needs.

Big Bear’s pre-school (called playgroup) was so great with its ‘makaton for all’ approach, ‘move to include’ sessions, and a choosing board and one-to-one start-and-finish baskets for Big Bear, that it wasn’t really an issue before he went to school. Playgroup had the right strategies in place. It had support from the council’s inclusion team, and extra funding for some one-to-one time. There wasn’t a lot else they could do.

But when it came to school we were confused. It was unknown territory and we had no idea whether he would cope.

Deep down we knew that in a class of 30 children he wouldn’t learn anything without some serious support.

Big Bear struggled to listen in a group situation or focus on tasks by himself and he refused to engage in anything he found difficult.

His communication meant it was difficult for people who did not know him well to understand him. He needed a lot of support to maintain a two-way conversation.

Big Bear thrived on consistency and found it hard to deal with unexpected situations and new people. He also needed an adult to show him how to approach other children.

His hypermobility meant he was unstable on his feet, often fell over and found it difficult to negotiate obstacles.

Big Bear also found fine motor skills difficult. His hypermobility made it hard to grip and control his fingers to hold pens/pencils and pretty much any other task involving his fingers.

In addition, he needed support with personal care.

When I asked Big Bear’s inclusion worker whether she thought we should apply for an EHCP, she said to ‘see how it goes’. We could always apply for one at a later date if we needed to.

Valuing her opinion, I listened at first but a few weeks later I realised I wasn’t comfortable with him going to school without the right support. I knew that he would get some extra funding anyway but I felt he needed more.

So just before Easter J and I set about applying for an EHCP. They can be either initiated by the setting or parents. Although we had support from playgroup and medical professionals, we decided to apply ourselves because it was for another setting.

I downloaded the EHC2 form and initially sought advice on what information to include from disability charity Scope. The organisation offers support through the process (legally required to take 20 weeks or less to complete).

By the end of our Multi-Agency Panel (MAP), a meeting to discuss the request, which is chaired by a casework officer and attended by family and practitioners, it was clear we had made the right decision and we were successful during the process. We received our EHCP in July, two months before Big Bear started school.

The school appointed an amazing full-time one-to-one for him. And that’s the thing with EHCPs…even if you have the legal document setting out what is needed, there’s still no guarantee you will get the right support.

I’ve seen one-to-ones who mean well but are little more than glorified babysitters. Luckily our school could see Big Bear’s potential from the start and worked hard to appoint the right person who would support him in the right way and encourage him to be as independent as possible.

By the end of his first year at school, Big Bear was reading, writing and improving his communication, even speaking in front of the whole school and parents in his class assembly.

Halfway through year one and his spelling is on a par with his peers and he is working hard and persevering with his learning in general. Maths is more of a struggle, as is his writing. He wears a wrist support for short periods, which supports his muscles, and has helped hugely.

It’s hard when the professionals give you advice which goes against what you think but there’s a lot to be said for parental instinct. Do you need an Education, Health and Care Plan? If you think your child needs a higher level of support, there’s no harm in applying for one if the school and medical team will support you. I dread to think where Big Bear would be without his.