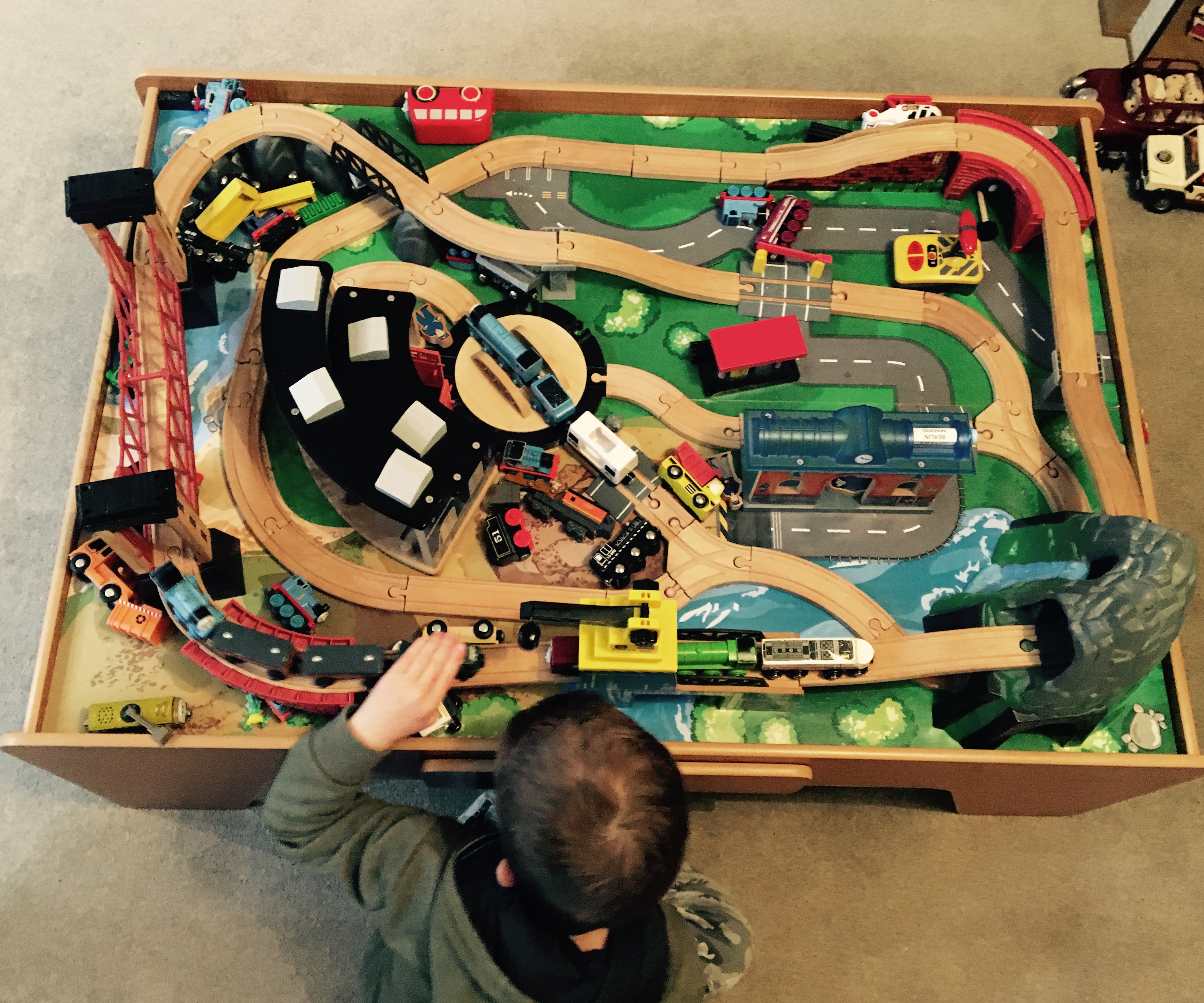 I can’t remember how old Big Bear was when I realised my child doesn’t play like their children.

From the moment he could pick things up he would generally throw them. Balls, bricks, cars…he just didn’t seem to know (or care about) what to do with them, despite my endless demonstrations. During a group holiday to Portugal when he was 16 months old, he spent the week sitting and throwing toys at the other toddlers. Because he wasn’t walking or talking, I guess it was his way of communicating.

The exception was stacking cups. He was amazingly fast at stacking cups. Well, maybe not at stacking them. He didn’t want to make them into a tower – they all went inside each other. In perfect size order. It was remarkable to watch. His neurotypical friends couldn’t even do that. I was very proud.

But generally, when your child doesn’t play, it’s exhausting. He couldn’t play on his own and would only do certain activities with me. Bricks, puzzles and small world play, as the speech and language therapist advised, were impossible. Some of this was because of his hypermobility and he found it difficult to move his fingers in to the right position and grip but also his attention span was very short. He would listen to a story, sing songs and, once he was on his feet, aged two-and-a-half- wander round the house pulling his little wooden dog on a lead. The only other thing he liked doing was repeatedly pressing the buttons on loud toys to illicit a response.

The common theme was me. He needed me, or another familiar adult, to be with him at all times to play with. If I attempted to put some washing on or make lunch, the whinging would start. More of a noise than words but he wasn’t happy that my attention was diverted.

It meant we couldn’t stay in the house. Whilst friends with neurotypical children would talk of having a “chilled out” morning at home, I couldn’t imagine anything worse than spending hours in one space when my child doesn’t play with toys. I joined all the parent-child groups I could with varying degrees of success. I just needed the day to have a focus so that we didn’t just stay in the house. We went to usual places like the park but that was quite difficult when Big Bear was in the rolling and crawling phase. Most parents with neurotypical kids might have six or nine months of that annoying in between stage. We had two years.

Nevertheless, I persevered with the playing when we were at home or other people’s houses but Big Bear just wasn’t interested. He just wanted to wander and have my full attention at all times. Or he wanted my phone. He wouldn’t be fobbed off with toy replicas. I hid it most of the time because I couldn’t find a way of taking it away from him without a meltdown.

It wasn’t until he discovered trains that we made a breakthrough. We bought a small track and a few trains from eBay and Big Bear started running the trains around the track. My husband J bought an all-singing-all-dancing train table in the sale just after Christmas when Big Bear was two and a half. There was a fair amount of eye-rolling from me and questions about who it was really for, after all “our child doesn’t play with toys”.

At first I was right and it sat in the corner of our lounge, unloved. But slowly, Big Bear became more interested and started using it. The speech and language therapist was dismissive of the breakthrough as there was no narrative – apparently running trains round a track didn’t count as ‘proper’ playing. But slowly – and I mean slowly – he has developed to the point where, age five, there are now conversations between trains and stories about what they are doing and where they are going. Some of this is repeated phrases from television programmes or words and phrases he has overheard, but it’s something he’s engaging with and enjoys. And whilst I would love to see him playing with a wider range of toys, I’m happy that at last he’s interested in something and will finally sit down on his own and play for half an hour. He’ll even play trains with Little Bear for a short time, which previously I could only dream about.

I used to blame myself. What was I doing differently to other parents for my child to not to play with toys? Now I realise it’s just the way he is and that’s ok. Hopefully we’ll find a way to unlock more play in the future.