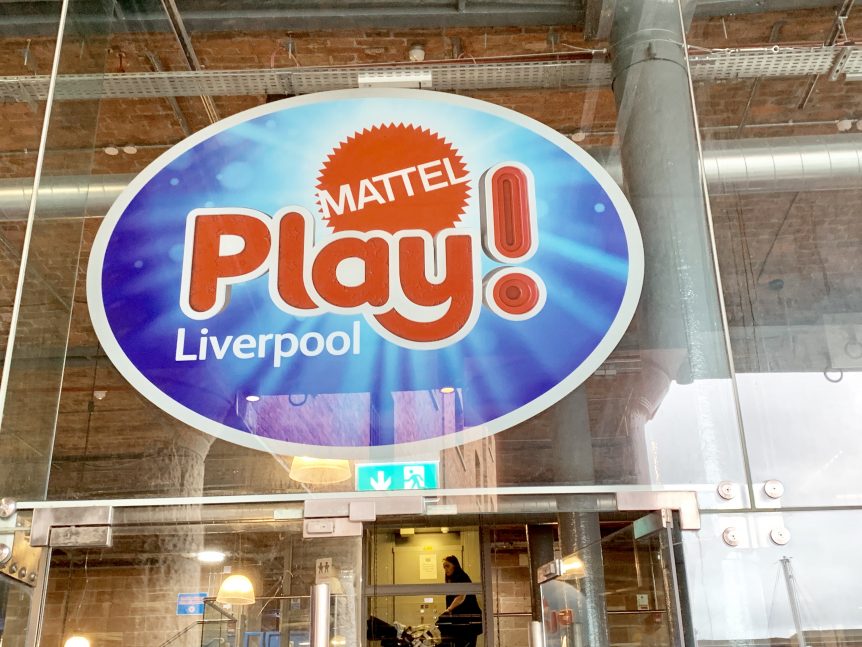 I can’t remember when the Thomas obsession first started, it was so long ago, but it’s probably been at least three years.
We’ve got the trains and the pjs, know all the episodes, seen all the films, visited Thomas Land twice, been on a Thomas-themed day out at the local railway… You get the picture.
I didn’t think there was anything new to do but when my sister-in-law suggested a visit to Mattel Play! Liverpool, I realised there was actually a Thomas-themed attraction we’d never visited.

Mattel Play! is a children’s indoor play attraction. Based at the Albert Dock, it features three themed interactive play zones where your child’s creativity brings the worlds of Thomas & Friends, Fireman Sam and Bob the Builder to life. If your kids love watching Milkshake, chances are they’ll enjoy this.

Carers get in free and children with additional needs are half price, making it an affordable family day out.
If you’re visiting during the weekend or in school holidays, it’s best to book in advance. Tickets are valid for a specified two hour slot. We booked the earliest one we could at 9.20am even though it meant an early start. We packed a breakfast and fed The Bears in the car.

It was still quiet when we arrived in Liverpool and we found a parking space at the Albert Dock family car park – signed as “Car Park B” – the barriered car park on Gower Street, which is recommended on the Mattel Play website. Spaces are wider than some other car parks and it’s a short 5 minute walk to Mattel Play! We parked there for about five hours and paid £11.
The advantage of booking the earliest slot of the day at Mattel Play! is that it’s quiet. For the first hour there weren’t many people there at all. It got busier during the second hour and by the time we left it was pretty packed.

This is the first section you come to when you walk up the stairs. It features some favourite engines, including Rosie and Percy, a miniature train ride, where the kids get to be the train driver, a Harold the Helicopter ball pool, and a small soft play area. Children can also sort the vegetables at Farmer McColl’s farm and help restore order at the Brendam Docks. 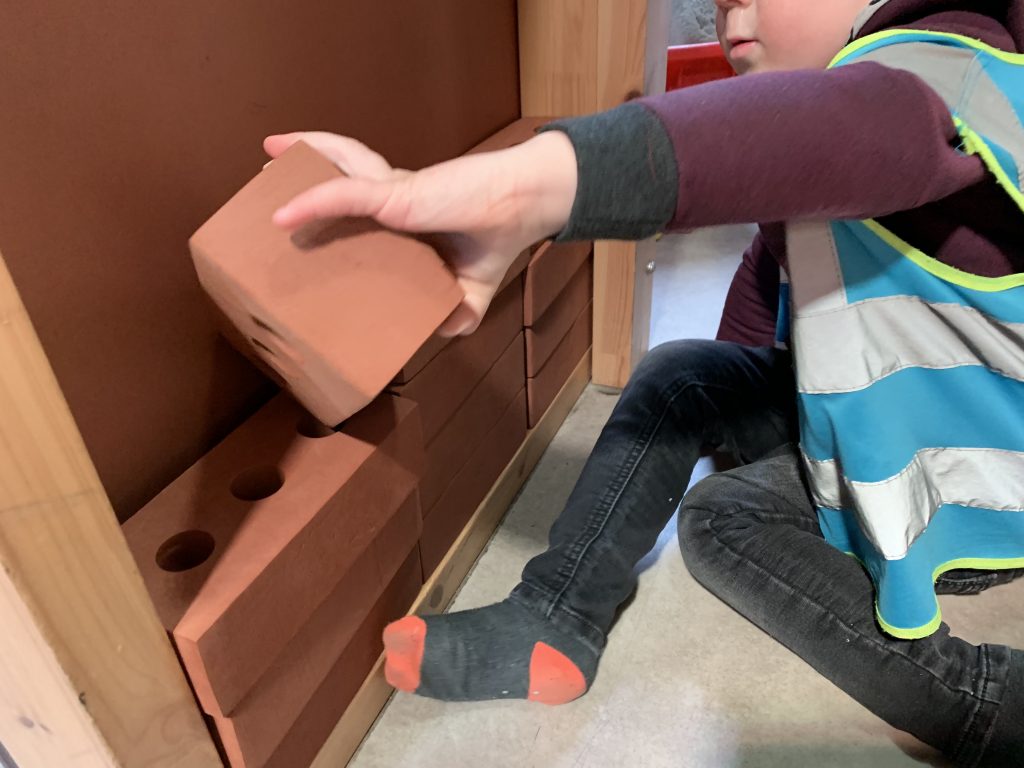 This was probably the area my two were least interested in as they’re not huge fans of Bob the Builder and don’t really enjoy building and construction. However, Bob fans will love dressing up in safety gear and assisting Bob and his team in a range of activities such as constructing a new building for Wendy in her workshop, digging in the yard, and helping Bob to complete work on the pipes. 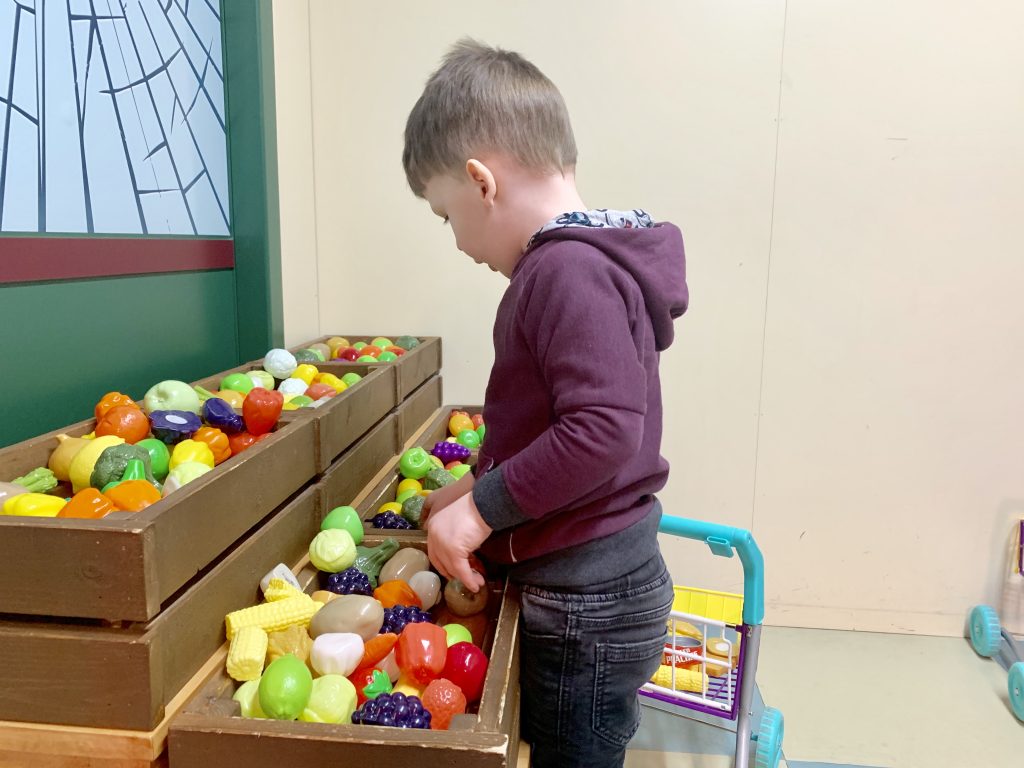 Even though I thought my two would spend most of their time in the Thomas section, it was actually Fireman Sam that captured most of their imagination. Downstairs is a large area where children can grab their safety helmet and pretend to be their hero. From climbing aboard Jupiter, visiting the Ocean Rescue Centre and going to sea on Titan, children will love experiencing real life emergency situations. And if fighting fires gets too much, they can work or shop in the village store instead.
As well as the different play areas, there is also singing and dancing on the hour throughout the day, rotating between the three TV programmes. We saw the Fireman Sam show, which was fun. 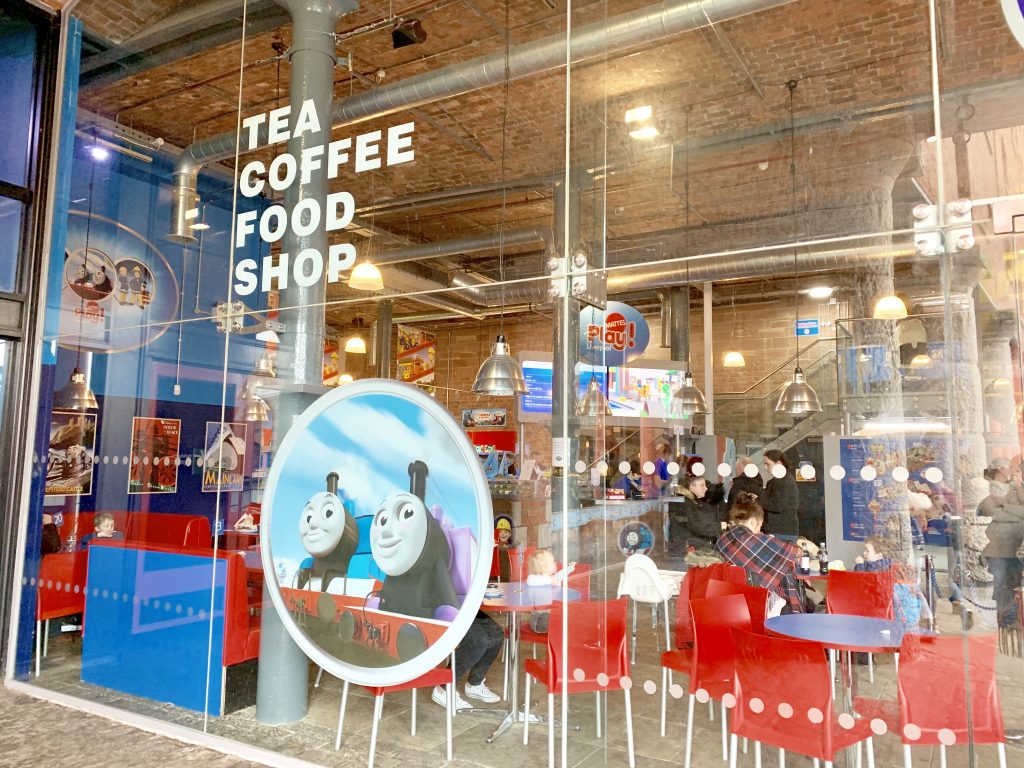 Our session finished at 11.30am which was perfect timing for lunch. Often we take a picnic on a day out, but, as the weather was awful, we went to the contemporary PanAm bar and restaurant next door for food instead. It was a good option for us. The place is huge, so the tables are spaced well apart. As we were early we chose a table at the back of the restaurant in the corner and it meant that The Bears and their little cousin could play while waiting for the food without disturbing other diners. It had a decent children’s menu and lots of options for adults too.
There are lots of other food venues around the Albert Dock and Mattel Play! also has a cafe in the entrance.
If you have more time, the Maritime Museum on the other side of the Albert Dock is worth a look. It’s free and has some interesting sections. We only got as far as the customs area as The Bears started to get tired but they enjoyed looking at some of the contraband that people have tried to smuggle into Liverpool over the decades!

Mattel Play! Liverpool markets itself as an autism friendly venue. It offers special autism sessions, which must be booked in advance, on the last Wednesday of each month between 4.30pm and 6.30pm.

Certain aspects of the attraction, such as loud music and character appearances, are available for customisation and places are limited.

For those with autism who wish to attend at other times, Mattel Play advises visiting at 9.20am any day of the week for a quieter experience.

Mattel Play! is a fun couple of hours if you have pre-schoolers who love Thomas, Fireman Sam and Bob the Builder – especially those who enjoy role play activities. Little Bear (4) and his cousin (2) were in their element. Big Bear (6), got a bit bored and restless after the first hour but still enjoyed certain elements, like the miniature train ride and Fireman Sam section.